Welcome to my website, which showcases my research and teaching activities on storytelling across media for children and young adults, with a particular emphasis on literature, film, comics, and theatre. My other research focus is in the fields of film theory and film philosophy. I work as an assistant professor at the German literature department of the University of Hamburg. 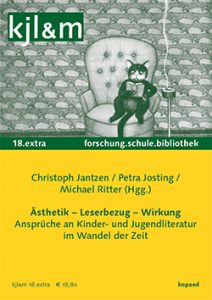 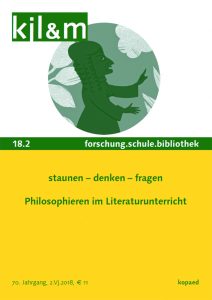 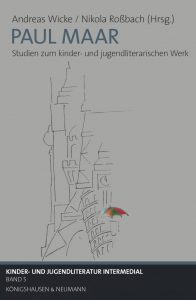 Almost every German knows Paul Maar’s stories about Das Sams – a strange little creature, a kind of hybrid between Alf and a wish fairy, which more or less happens upon a middle-aged, reclusive man called Bruno Taschenbier. For reasons I am unwilling to explain here (you’ll have to read up on it by yourself), Taschenbier is adopted by the Sams as his “Papa”, which, apart from causing a lot of chaos in his hitherto quiet and boring life, has its benefits, since The Sams finds itself in the possession of a lot of blue freckles on its face, and with every freckle it is able to grant a wish to Bruno Taschenbier. Each of those, however, must be formulated precisely, otherwise… well, see the above concerning chaos.

First published in 1973, it took decades before the author finally agreed to a film adaptation of his book series. For the wonderful edited volume on Paul Maar – Studien zum kinder- und jugendliterarischen Werk (edited by Andreas Wicke and Nikola Roßbach) I have written a little essay on the film adaptations, which are interesting from a narratological perspective since the first film combines the content and story structure of the first three books within 90 minute’s screen time.

More information on the book here. 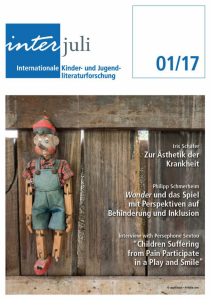 I have written an article on multiperspectival narration in Raquel Palacio’s novel Wonder for the international poen access journal interjuli. The German-language article explores the idea that recent disability narratives gravitate towards more complex forms of storytelling, in this case: towards employing multiple narrators or narrational perspectives. The issue of interjuli contains a number of other wonderful entries.

Sabine Planka has edited the English-language edited volume Critical Perspectives on Artificial Humans in Children’s Literature (Königshausen & Neumann, 2016) whose contributions explore the sophisticated ways in which children’s literature deals with the idea of artificial human beings, and how society, social fears and wishes are reflected and integrated within it. I have contributed an essay to that volume: „Dystopias of Creation: The Evolution of Artificial Humans in Contemporary Young Adult Literature“.

In the article, I argue that, apart from mirroring the growing relevance of scientific research as well as popular-cultural discourse on artificial intelligence (AI) in societies across the globe, literature has played an integral role in fleshing out the consequences of human attempts to generate new forms of sentience. Young Adult Literature adds a specific perspective to the long tradition of occidental storytelling about artificial (human) beings, since its focus on non-adult characters allows exploring the similar challenges shared by adolescents and artificial humans alike: Growing up in a world they are not entirely integrated into yet, embodying a body that still not feels entirely owned, searching for an identity that feels fully theirs. This continues as well as evolves the occidental tradition of telling stories about artificial beings throughout the history of literature and film. Consequently, my article traces the transformations and evolutions of artificial beings in Young Adult Literature, based on a historical overview, followed up by case studies of two recent artificial intelligence narratives: Karl Olsberg’s Rafael 2.0 (2011) and Mary E. Pearson’s Jenna Fox Chronicles (2008-2013).

I have written a short entry introducing KinderundJugendmedien.de – our website dedicated to research in children’s literature, film, and other media – in the most recent issue 16.3 of the children’s media research journal kjl&m. You can find the entry here. There’s also another entry on KinderundJugendmedien.de published in CLOSURE – a German-language digital journal decdicated to Comics research (lookahere).

I have written a review of Felix Giesa’s book „Graphisches Erzählen von Adoleszenz“, an extensive study of German-language comics that deal with topics of adolescence. You can find the review in issue 2.5 of the comics research eJournal CLOSURE and on KinderundJugendmedien.de.

One of the most popular picture books series is Sven Nordqvist’s Pettersson & Findus – no wonder that the German film director Ali Samadi Ahadi has recently directed a children’s film based on some of Nordqvist’s stories. For the 50th supplement of the (German-language) Lexikon des Kinder- und Jugendfilms I have written a small article that investigates the film’s production history and analyzes selected aspects of the film: Even though it mainly targets elementary-school-level children, Pettersson & Findus – Kleiner Quälgeist, große Freundschaft employs a surprisingly complex cinematic aesthetics, using the arsenal of contemporary blockbuster cinema.

I’ve been researching the way in which digital games have influenced contemporary filmmaking for a while. One of the outcomes of that research is an article that has just been published in the latest – and sadly last – issue of the (German-language) Lexikon des Kinder- und Jugendfilms, a cornerstone of the German children’s film research landscape. The article, „Computer-Spiel-Ästhetik im Kinder- und Jugendfilm“ outlines basic varieties of computer game aesthetics in cinema: Film adaptations of computer games, computers as set pieces in film, game worlds in film, computer game characters in film, computer game paratexts in film, interactive films as new forms of cinematic narration. Within that framework, I discuss a number of films such as Wreck-it-Ralph, Spy Kids 3D, Scott Pilgrim vs. the World, Star Wars: Episode 1, Tron, eXistenZ, Run Lola Run, and others. You can find the article in the 50th supplement of the Lexikon des Kinder- und Jugendfilms, edited by Horst Schäfer.